COTS versus OSS: Why

Open Source versus Commercial Software is an important consideration that is often overlooked. This article provides a high level overview of open source considerations.

There have been many government initiatives around open source software, as governments in Brazil, China, India, Korea, Japan, Europe, Australia and the United States, as well as the United Nations, considers open source policy and options. And large information technology vendors such as IBM, Intel, Hewlett- Packard, Oracle, SAP, Sun Microsystems and Dell are supporting open source (Gustafson, Koff n.d.).

What is the catch? Like all software – open source too has its costs. Maintenance and support costs are left to the adopter to absorb. Koch (2003) elaborates, just because you download open-source applications for free doesn't mean you won't have a whole host of associated costs such as maintenance, integration and support. Security concerns have often been raised “because anyone can see the code” is debatable. This notion is easily dismissible. 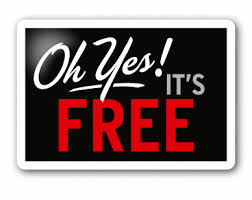 Price is another factor: since open source software can be traded in markets just like any other kind of artifact one cannot definitely tag open source software as having zero price, explain Scacchi (2003). Programmers often explain this seemingly incongruity with simple shorthand: when you hear the term “free” software, think “free speech” not “free beer”; or ‘software libre’ not ‘software gratis’. The fact that open source software is free can be confusing to skeptics and adopters. Scacchi (2003) explains the meaning of “free” in open source software. He elucidates that “Proprietary source code is the touchstone of the conventional intellectual property regime for computer software. Proprietary source code is supposed to be the fundamental reason why Microsoft can sell Windows for around $100 or why Oracle can sell its System 8 data management software for many thousands of dollars”. Open source software process “inverts this logic” (Scacchi 2003).It differs from commercial software in one fundamental aspect – source code is distributed with the runtime binaries of open source products. All documentation, source code and the runtime binaries are provided by the development community for free.