I have been an avid Ubuntu user for 4 years and Linux user for 10, there have been significant several improvements over the years that have made it a pleasure to use Linux 80% of the time.

But listing these will help guide the next few releases and help early adopters understand the risks.

Ubuntu boots up way faster than Windows XP, Vista and Win7. However, once Gnome (or KDE) startsup the user-perception of performance lags. Ubuntu/Gnome and Kubuntu are markedly slower to start applications than Win Xp or Win7.

OpenOffice and OfficeLibre don't compare with Microsoft Office 2010. Features like One Note and Smart Art, MS Visio (yes, it's still better than Dia), has left the open source community challenged to meet or beat the new features provided in Office.

Screen real-estate is precious, and Win Xp did an awesome job on rendering the toolbars and icons to optimize on both low resolution monitors as well as high resolution monitors. For WSXGA screens, XP is still far better that Gnome 2x. A partial workaround is to use a compact theme, but it does not suffice. KDE does a better job than Gnome, and XP does a better job than KDE in screen real estate utilziation. 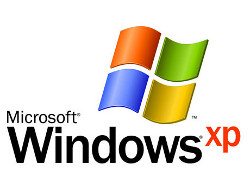 Support for iPads and iPods is essentially missing. You cannot use iTunes on Linux. Shame on Apple. Not only is iTunes a poorly designed and resource hungry software, it is not cross-platform. Windows is the only 'other' OS that is supported.

Shame on MIcrosoft and Netflix. Microsoft has not allowed DRM to be ported. Netflix seems committed to Silverlight. The combination has left Linux and Android operating systems in the cold, when it comes to Netflix movies. This is major strategic risk to Netflix. Not from Linux, but from Android users. Watch for Amazon in the this space. If Amazon supports a true cross-platform movie-watching experience Netflix will have a serious competitor.

= No Linux or Android

If you are planning to check out Linux and any of its distributions for the first time, I strongly reccommend Ubuntu/Gnome or Kubuntu which is closer to the Windows user experience. Be aware of the missing features on the platform. In the next 3-5 years, Linux needs support from you and the corporations to be a viable platform for day to day computing needs.